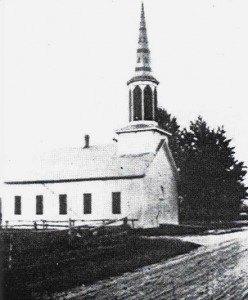 The following is the continuation of a narrative written by Rev. Reuben Valentine Smith in 1955. It is his personal account of his experiences as a pastor at Zion Evangelical Lutheran Church, Chattanooga, Ohio, from 1899-1905.

I was a very busy person. I had the school on my hands. I preached a German sermon every Sunday morning and an English one every two weeks in the afternoon. They were not hastily dashed together, but carefully prepared. I read and I kept up my Greek. When there were vacancies in the neighboring churches I often acted as a supply.  There were sick calls to be made and visits to the members. I managed to do some general reading and prepared several papers for our conference. Two of them that later appeared in print were a factor in my election to a professorship. Incidentally, the old Auglaize Conference was a very good one. Outstanding in its membership were Dr. R. D. H. Lenski, who was later Dean of the Seminary, Dr. E. Poppen, later President of the American Lutheran Church, Dr. William Emch, who is still writing for the Lutheran Standard, and others who were mentally alert and energetic.  It was not a place for a lazy preacher.

The first time I went to Chattanooga the railroad agent sent me to Covington on the Pennsylvania and from there I was to take a “mixed” train to Celina. The mixed train was a local freight. I rode in the caboose. The train stopped at almost every cross road and got to Celina three hours late. The long wait was rather hard on the man who was to meet me and made him rather nervous and quite talkative.  Then there was a three hour drive to his home and it was after dark before we got there. Later when the T. and O. C. ran an extension to St. Marys we could take the interurban from there to Celina and the connections were better.

From Celina there was the long drive with a slow farm horse. The roads were dusty in summer and muddy or very rough in winter. In the northern part of the county few roads were gravel and even these were not very good.  The rest were mud. And what mud it was! It would pack up on the wheels of a buggy and then break off in great chunks with loud cracks. It had extraordinary adhesive powers. I once saw a man walking on the berm driving a large farm horse hitched to a buggy and the horse had a hard time getting through. One day in spring a man had a team hitched to a light buggy. He inadvertently flicked the horses with his whip. They lunged forward and broke both singletrees.

One Sunday afternoon I left Chattanooga in a buggy to drive to Hopewell. It took me one hour to get to St. Paul’s Church. There I spied Rev. Althoff’s cart in his yard. I left the buggy there and hitched to the sulky and made the next six miles in an hour and a half. All the while I was haunted by two worries: one that the rain which threatened might break at any moment, and the other that the congregation would leave before I got there, neither of which happened.

When the roads were fair I rode my bicycle and I hired or borrowed a horse and buggy. The people were very kind. At other times I walked. Some days in making calls I would cover twelve or more miles, stopping at several places. One of my best hikes was one from Berne that I made in 2 3/4 hours while carrying a small satchel. The hardest one was eight miles from Tama, through a fairly deep and light snow. When the mud was too bad I wore rubber boots, cut across fields, or walked on the berm. When I got to my destination, I would take them off and did my visiting in my stocking feet if my hosts did not supply slippers. Some of my city friends thought that I was suffering hardships. I did not think so. I was young and strong and my life had the flavor of an adventure. 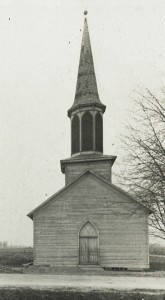 The Debates at the School House

Life was not all work and seriousness. For several winters, the young folks of the neighborhood organized and held debates in the little red school house a half mile down the road. They debated such time-tried topics as “The pen is mightier than the sword” and others of the same type. They would coax me to attend. Then they would need one more person on a team and would draft me into service.  On one occasion the question was “A man will do more for love than for money”, and they placed me on the love team. I orated about the great lovers of history: Anthony and Cleopatra, Abelard and Heloise, and so forth. But John Kable matched all my eloquence with the charge, “If that young preacher thinks so much of love, why is that parsonage standing empty all these years?”

Threshing was a big event in the lives of the people. It was the bringing in of the harvest and there was a feeling of joy and satisfaction. The neighbors came to help the men with the work and the women with the cooking. There was a big dinner and I was invited.  Almost invariably when I got there they would be a man short. If they sent me out to load sheaves from the field it was all I could do to get a heavy sheaf of wheat up high on the load. But they generally put me to tabling, then they would speed up the engine and get a laugh out of watching me sweat and get blisters on my hands.

The last two incidents would indicate that I entered whole-heartedly into the life of the community and I am glad that I was no prig and that I could do so without pretense. So the life of my people was also my life. There was much hard work and there were serious times and there were happy times. Their sorrow was my sorrow and their joy was mine also.

My six years of service at Chattanooga ended just fifty years ago. They have always remained in my memory as a pleasant and rewarding experience. And when my thoughts revert to them, I am filled with thankfulness to the members of Zion’s Church, to the people of the community, and, above all, to God, who let my lines fall in pleasant places. 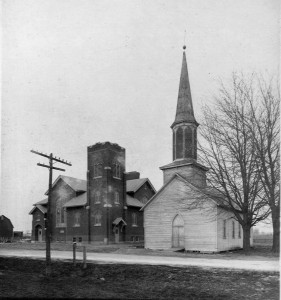 The Rev. Dr. Smith was born 14 February 1877 in Columbus, Ohio, to Benjamin L. and Mary Ann (Poth) Smith.  He graduated from Capital University in 1896 and from the ELT Seminary in Columbus in 1899. He served at Zion, Chattanooga, from 1899-1905 and at a church in Marion, Indiana, from 1905-06. He returned to Columbus and became a college professor and Dean of Classic Language at Capital University from 1906-1955. He completed nearly fifty years of uninterrupted teaching and missed only two days of classes during that time. He was married to Nora Mangold. Rev. Smith died of a sudden heart attack in Columbus on 18 November 1955 at the age of 78.