This is the tombstone of Henry F. and Abalonia Freese, located in row 8 of Zion Lutheran Cemetery, Schumm, Van Wert County, Ohio. The marker is inscribed:

1896 was a very good year in my family history. Three of my four grandparents were born in 1896. Carl Miller, his wife Gertrude (Brewster) Miller, and Cornelius Schumm were all born in 1896. Grandma Hilda (Scaer) Schumm was born in 1895.

A lyre or harp engraved on a tombstone is a symbol of heavenly music, praise to God, and the hope of heaven. Lyres and harps are often seen as the root of divine music. 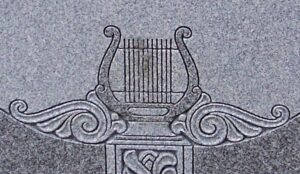 The lyre is a stringed instrument with a U-shaped frame and is a member of the zither or harp family. A harp has an upright triangular frame with a curved neck. The strings on both are plucked with the fingers. 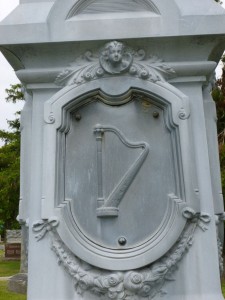 Lyres and harps are mentioned many times in the Bible but the first mention dates to before the flood, to a descendant of Cain. Genesis 4:21: His brother’s name was Jubal; he was the father of all who play stringed instruments and pipes.

Probably the most famous Biblical lyre player was young David, who was called in the night to play his lyre before the ailing King Saul. 1 Samuel 16:23: And whenever the evil spirit from God was upon Saul, David took the lyre and played it with his hand. So Saul was refreshed and was well, and the evil spirit departed from him.

The ancient Sumerians and Egyptians are the oldest civilizations that recorded the use of lyres and harps. The ancient Greeks used lyres and harps to accompany song and recitation and the lyre was the instrument of Apollo.

The lyre or harp symbol on a tombstone may indicate that someone of Irish heritage. 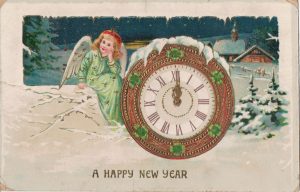 Wishing everyone a healthy, happy, and prosperous 2022!

An anchor symbol on a tombstone signifies hope. 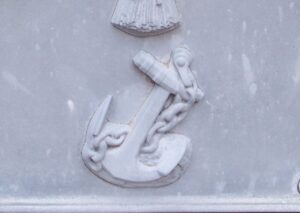 The anchor is an ancient symbol of hope and early Christians drew a cross, disguised as an anchor, to mark and guide their way to secret meeting places. Crosses and anchors are still used together in designs today. 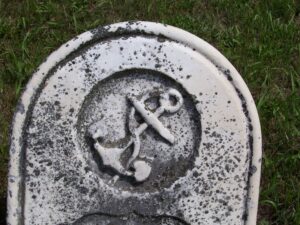 Anchor with cross incorporated in design.

An anchor is mentioned in the Bible, in Hebrews 6:19. This hope we have as an anchor of the soul, both sure and steadfast, and which enters the Presence behind the veil… 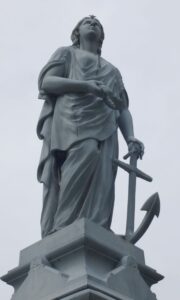 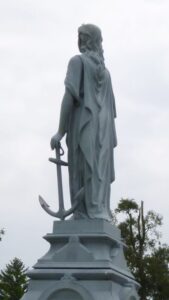 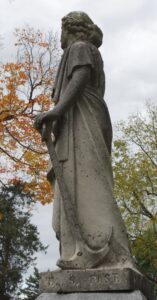 An anchor is sometimes used as a seafaring symbol on the grave marker of a sailor, but the Christian usage of this symbol is more prevalent. 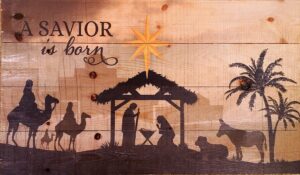 For to us a child is born, to us a son is given, and the government will be on his shoulders and he will be called Wonderful Counselor, Mighty God, Everlasting Father, Prince of Peace. Isaiah 9:6

Wishing you and your family all the blessings of Christmas! 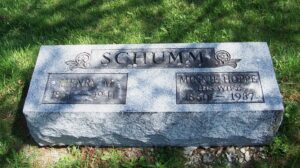 This is the tombstone of Henry M. and Henrietta “Wilhelmina/Minnie” (Hoppe) Schumm, located in row 4 of Zion Lutheran Cemetery, Schumm, Van Wert County, Ohio. The marker is inscribed:

Henry M. Schumm was appointed Schumm’s Postmaster on 14 August 1886. He may have been appointed in 1885 but that name is recorded simply as Henry Schumm and there were several Henry Schumms in the area.

Rochester, Indiana, is nearly 100 miles from Schumm, Ohio, but somehow Henry M. Schumm met Minnie Hoppe and they married in Fulton County, Indiana, in 1887. Minnie had some association with Schumm at least two years before their marriage because Minnie was a baptismal sponsor at Zion Lutheran Schumm in 1885. Henry M. and Minnie resided in the Schumm area by 1888, where their first child Agnes was born. Minnie’s parents Henry and Abby/Abalonia Freese moved to the Schumm area some time before 1900. Both Henry and Abby/Abalonia were living with the Henry M. Schumm family in 1900 and both Freeses are buried in Zion Schumm’s cemetery.

Several Colorado newspaper items give information about Henry M. Schumm’s time in Colorado. I wrote about this a couple weeks ago. Then we come to the 1920 census, where some family members were enumerated twice.

The Henry M. Schumm household in Cheyenne Wells, Cheyenne, Colorado, enumerated a little over a month later, on 12-13 February 1920: Henry M Schumm, 58, OH, head; Wilhelmina H, 59, IN, wife; Clara Schumm, 20, OH, daughter; Alfred Schumm, 18, OH, son; Oswald Schumm, 16, OH, son. Henry was a farmer and owned house with a mortgage. [10] Wilhelmina, Clara, Alfred, and Oswald evidently traveled to Colorado after the Willshire census was taken on 7 January and were enumerated there, too.

Mrs. H.M. Schumm
Van Wert, Nov. 20—Mrs. H.M. Schumm, 77, died yesterday following a paralytic stroke at her home in Willshire-tp. The deceased was born April 26, 1860 at Rochester, Ind., and was a daughter of the late Mr. and Mrs. John Hoppe. She had been a resident of the county since her marriage May 5, 1887.

Funeral services will be held Monday at 2:30 p.m. at the Schumm Lutheran church. Rev. Alfred Moeller, pastor officiating. Burial will be in the church cemetery. [12]

In 1940 widower Henry M. Schumm lived with his children Alma and Oswald near Schumm. [13]

Henry M. Schumm died from renal problems at Schumm on 1 February 1941 at the age of 79 years, 7 months, and 13 days. He was buried on the 3 February, with Rev. A. Moeller officiating. Henry M. Schumm’s obituary:

Henry M. Schumm
Ohio City, Feb. 1—Henry M. Schumm, 79, died Saturday at his home in Schumm, Willshire, tp, following a prolonged illness. He was born and lived all his lifetime in the Schumm community.

Funeral services will be held Sunday at 1:30 p.m. at the residence and 2 p.m. at the Zion Lutheran church at Schumm. Interment will be in the church cemetery. [14]

Interesting that both obituaries indicate that Henry M. and Minnie lived their whole married life in the Schumm area, but census records, newspaper clippings, and land records tell a little different story.


Greetings from the Chattanooga, Ohio, area. Yes, Ohio has its very own Chattanooga, aka Chatt, a small village in west-central Ohio, near the Indiana border. I have been doing family history research for over 20 years and am a Board-Certified genealogist, certified by the Board for Certification of Genealogists®. My main genealogical interests are family research, cemetery research, and historical and genealogical research of the Chatt area, with a focus on two area Lutheran Churches, both named Zion Lutheran, one in Chatt and the other in Schumm, Ohio. Family names I am researching include Miller, Schumm, Brewster, Rueck, Reid, Headington, Huey, Bryan, Whiteman, Schinnerer, Scaer, Breuninger, Bennett, and a few others. I belong to several lineage societies, including the Daughters of the American Revolution, U.S. Daughters of 1812, First Families of Ohio, and First Families of Mercer and Van Wert Counties. I am also a retired dental hygienist and our church organist. I hope you enjoy Karen's Chatt.


The words Certified Genealogist are a registered certification mark of the Board for Certification of Genealogists®, used under license by board certificants after periodic evaluation. The board name is registered in the U.S. Patent & Trademark Office.