The past several weeks I have posted the images of picture postcards from the early 1900 oil fields in the western United States. Postcards that half-brothers Chris Miller and Jacob Miller Jr acquired while the two young men worked there in the oil fields. 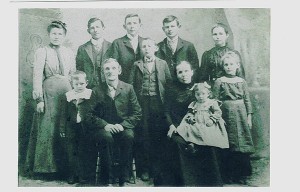 Their postcards, with some additional information, helped me create a timeline of their travels and where they worked while they were out west.

Both Chris and Jacob Jr lived at home on the family farm in Mercer County in 1900, and they were enumerated in the 1900 census there.

I have no record of what the brothers did during the next few years and they likely worked on the family farm. There were several oil wells on the Miller farm just after the turn of the century. That, and talking with the oil workers in the Chatt area, may have sparked their interest in oil work.

It appears that Chris, the older brother, left home first. Some family members believe that another brother, Pete Miller, wanted to go out west, too, but that he could not go because he broke his leg. Pete (1878-1957) was a full brother to Chris.

Once the Miller brothers were in the western oil fields I do not know if they traveled together and stayed together. The photo below shows Chris and Jacob Jr together. It was probably taken in Denver, Colorado: 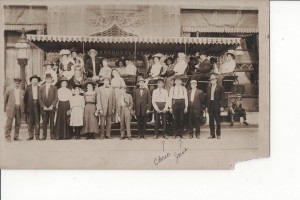 Below is the timeline I have put together of the time Chris and Jacob Jr were out west working in the oil fields. I used the postcards they had, other photos, the census, church records, their obituaries, and other newspaper accounts. Perhaps I will find more information about them in the future, but for now, this is their timeline:

I also have two of Jacob Miller Jr’s bank books. The oldest is from The First National Bank of Bakersfield, California. The name Jacob Miller is written on the front of the bank book and also on the inside. On the front cover, under his name, also hand-written, is Oil Center, Cal., which has been crossed out. Under that is written Glen Pool, Oklahoma, c/o Chris Miller. There are only two deposits in the book. The first on 25 April 1911, for $200, and the second on 6 June 1911 for $50. Four checks are gone from the book. 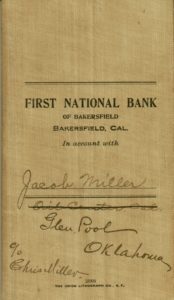 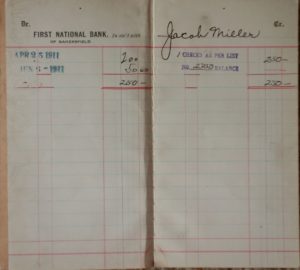 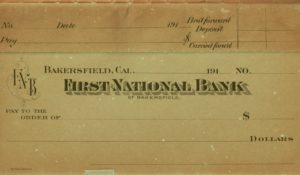 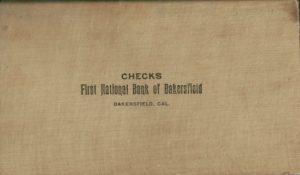 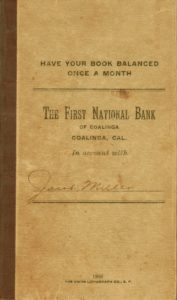 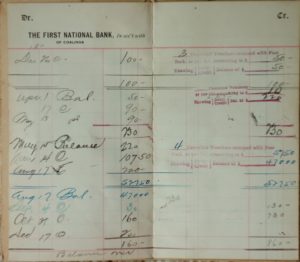 Tucked in a pocket inside the back cover of that Coalinga Bank book is a canceled check to Cash, from The First National bank of Coalinga, for $420, dated 17 March 1913, signed by Jacob Miller. Jacob Jr was probably leaving California, headed for Oklahoma.

Tucked in a pocket inside the front cover the Coalinga Bank book, was a business card from John W. Loree, attorney at law, Celina, Ohio. He may have taken care of the legal matters of Jacob Jr’s estate in 1913. Written on the back of that card are the names of a two Oklahoma law firms, Biddison & Campbell, and Martin, Bush & Murray, both from Tulsa, Oklahoma. 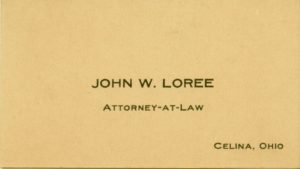 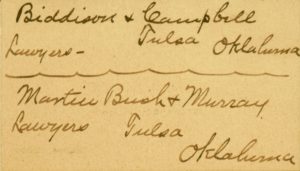 Below are the obituaries and other newspaper notices for Chris Miller and Jacob Miller Jr. They do contain some conflicting information.

The body of Chris Miller, the oil man who died here several days ago from typhoid fever was shipped to Willshire, Ohio, this morning by Undertaker Hill. Jacob Miller, the father of the deceased came here from Willshire to accompany the body there. A brother from California also came here to accompany the body to Ohio. (Wichita Daily Times, Wichita Falls, Texas, 26 Oct 1900, p.8; digital image by subscription, Newspapers.com : viewed 6 Sep 2019).

Obituary: Christian Miller, son of Jacob and Margaretha Miller, nee Strabel, was born Sept. 5, 1880; was baptized in infancy, confirmed as a full member of Zion’s Evangelical church, at Chattanooga, April 21, 1895, by Rev. Sollar. The next eleven years of his life were spent in and near the parental home, where he endeared himself to all who knew him. Since then he had labored in various oil fields in Oregon, California, Oklahoma and recently in Texas. He was a Christian young man, was industrious and saved his money, investing it in properties. There is no doubt that he cherished fond dreams of occupying a home of his own at some future time after his years of sojourning in different States. But God meant that instead of this he should occupy a more abiding home than this could have been—a building not made with hands, eternal in the heavens.

After only about ten days’ residence in Texas he was taken sick with typhoid fever. He was taken to the hospital at Wichita Falls, Texas, where two nurses and skilled physicians did their utmost to care for him; but after only twelve days’ sickness he was summoned from these earthly scenes. Realizing the seriousness of his condition, he asked for a pastor of his own faith and when one came he partook of the Lord’s Supper. He also desired to see his father, who was telegraphed for and with his brother, John, hastened to his bedside, but they were disappointed to find him no longer among mortals. He died Oct. 24, aged 31 years, one month and 20 days. Father and brother returned Friday night with the remains and the funeral took place at the Lutheran church, Saturday, conducted by the pastor, Rev. L. Loehr. Interment in the Lutheran cemetery. (The Willshire Herald, 2 Nov 1911, p.8)

Last Rites: The funeral of Christ Miller, whose death occurred at Wichita, Texas, was held here Sunday at the Lutheran church in Liberty township. The young man was the son of Jacob Miller of Blackcreek township, and was thirty-one years old at the time of his death. He had been working in the oil fields in Oklahoma and three weeks ago went to Wichita, Texas, where he contracted typhoid fever and died in the hospital there. His father and one brother, Pete, Miller, of California, when appraised of his illness started for his bedside, but his death occurred before either reached him. His father brought the remains here where his funeral occurred Sunday. (The Daily Standard, Celina, Ohio, 3 Nov 1911, p.3) 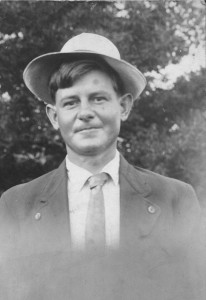 Young Man Killed in Oil Field
The body of Jacob Miller Jr, who was killed in the Oklahoma oil fields, was brought back to the home of his parents, who live south of town. The corpse came in over the Clover Leaf Sunday and was met by undertaker H. B. Cowan who removed the body to the parents’ home preparatory to the services which were held Monday afternoon.

The young man was about 25 years old, well known and respected here. The nature of the accident which caused his death has not been reported. The accident causing the young man’s death was that of a falling oil derrick which, though he was at some distance, struck him killing him instantly. (The Willshire Herald, 17 April 1913, p.1)

Explosion of Shale Gas Brought Death to Young Man of this County who was Working in Oil Fields in California.
The body of Jacob Miller Jr, who was killed by falling timber following an explosion of shale gas, was brought to Willshire Sunday and removed to the home of his parents, Mr. and Mrs. Jacob Miller near Chattanooga. Young Miller was drilling in the oil fields in California when he met his untimely death. He was a young man of twenty-eight years and has been in the west for three years.

Funeral services were held Monday morning at the Lutheran church at Chattanooga, followed by interment at that place. Accompanying the body of Mr. Miller was Christ Brier, who had gone west with the young man. (The Daily Standard, Celina, Ohio, 18 April 1913, p.7)

One of the above newspaper accounts indicates that Jacob Jr died Oklahoma, while the other account indicates he died in California. Two other accounts, from Oklahoma newspapers, likely give the most accurate location of his death:

Tool Dresser Killed
Drumright, Okla., April 17—(Special.)—
An oil derrick toppled over upon Jacob Miller, a tool dresser, while he was working at a well about one mile north of here and he was instantly killed. (Tulsa World, Tulsa, Oklahoma, 18 April 1913, Volume VIII, Issue 184, p.2; digital image by subscription, GenealogyBank.com : accessed 15 October 2014).

Workman is Killed
Special to the News
Cushington, Ok., April 20—Jacob Miller Jr., aged 27, of Wellshire, Ohio, [sic] a tool dresser in the Cushing oil field, was accidentally killed when a big wheel used in pulling casing from the ground broke and caused the derrick to fall. It struck Miller. He had arrived from the California oil fields six days before. (Dallas Morning News, Dallas, Texas, 21 April 1913, p.14; digital image by subscription, GenealogyBank.com : accessed 15 October 2014). 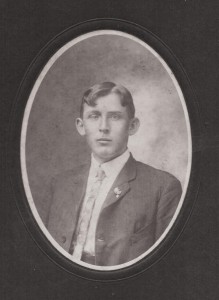