How interesting that a postcard sent over a century ago, to a state over 700 miles away, eventually ends up within a few miles of its origin. This 1911 postcard is addressed to J.S. Egger in Hornick, Iowa. Egger is a surname that was familiar in the Chatt area at one time.

As I was reading through the 1910 issues of The Celina Democrat, this article got my attention. It tells about a Woodman of the World [WOW] cemetery marker that was unveiled 31 July 1910 on the grave of Jacob Walther Smith, at North Grove Cemetery in Celina.

Chattanooga-One of the Best Towns on Earth

I hope you find these old newspaper articles as interesting as I do. Here are some more local items of interest from the 1910 Celina Democrat.

I continue to search through old issues of The Celina Democrat, looking for articles and information about our area of Mercer County. One thing I noticed is that this newspaper, during this time period, often featured articles about liquor and drinking.

Give thanks to the Lord, for He is good; His love endures forever. Psalm 118:1. 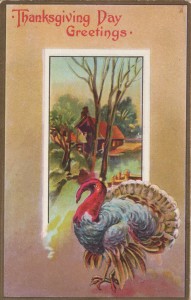 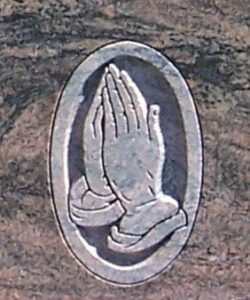 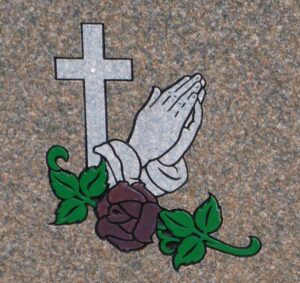 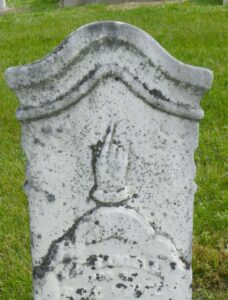 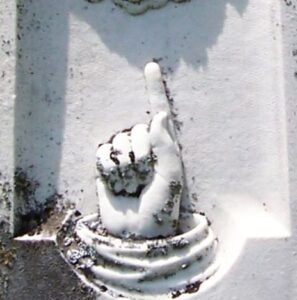 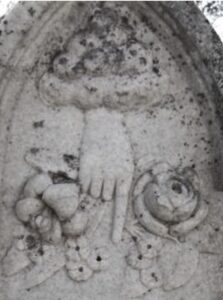 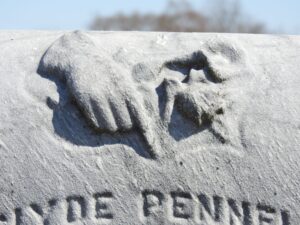 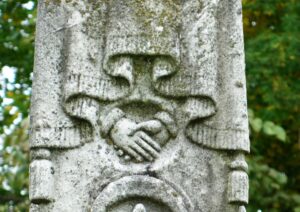 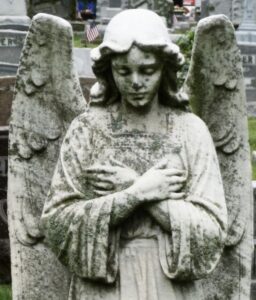 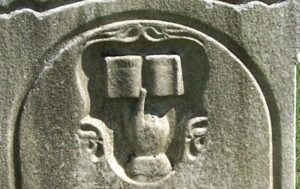 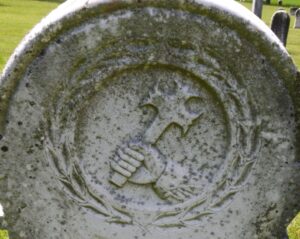 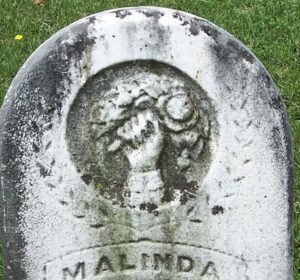 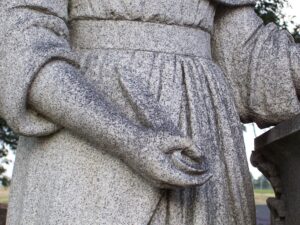 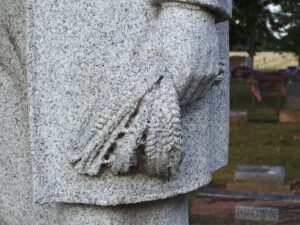 This hand probably symbolizes something, but what, I do not know. Maybe someone has an idea. 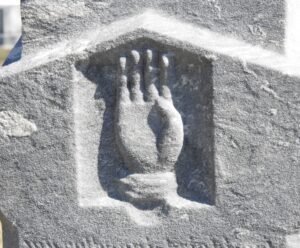 As 2022 winds down to its final weeks, Willshire’s Bicentennial year does the same. The village was founded and platted in 1822 by Captain James Riley and the village and residents of the area have been celebrating its 200th birthday all year long. Willshire’s Bicentennial Committee has done a great job planning monthly events for the entire year. The latest event was last weekend, the Blessed by Willshire banquet, where Sondra Samples presented an interesting and informative slide show about the history of Willshire and some of the surrounding area.

Among the many things Sondra mentioned, I was particularly interested in the information about a connection between the sawmill at Schumm and the USS Constitution, aka Old Ironsides, nearly 100 years ago. 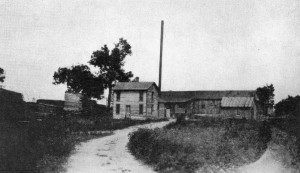 At Saturday’s banquet Sondra told that the sawmill at Schumm provided some lumber for the 1927-1931 repair of the USS Constitution. Sondra noted that Willshire’s Photo Star published an article about this in August of this year. How did I miss that? Luckily, I found a copy of that Photo Star article in my personal newspaper archives, one of our closets.

According to the article, the following is handwritten on the back of a 1927 print of the USS Constitution, the print currently owned by a Van Wert County resident:

This picture: Old Ironsides is in Boston Navy Yards. This Ship was Rebuilt in 1927 with millions of dollars from school children’s pennies and much history carried with it—3 carloads of Indiana and Ohio white oak ship timbers 30’ to 42’ were manufactured and shipped in May 1928 from WP Robinson Co.- sawmill at Schumm, Van Wert County, Ohio on NYC-St. L NKP RR. WP Robinson and Fred A. Smith, owners; Ben H. Handwerk, mill supt.

It appears the wood was cut at Schumm and then shipped east by rail in May 1928. Wow!

All this should come as no surprise because Robinson and Smith cut and processed some very large logs about that same time. In 1934 the Robinson Sawmill at Schumm cut the largest bur oak tree ever cut in Ohio. According to a 1934 article published in the American Lumberman, the heavy, up-to–date sawmill specialized in Indiana and Ohio white oak lumber and long timbers for high-class trade all over the U.S. 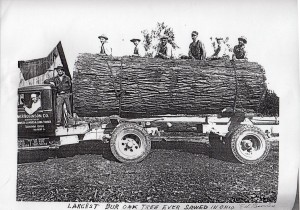 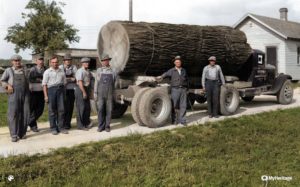 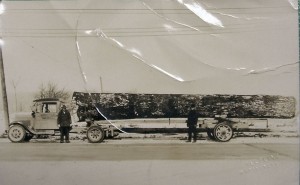 White oak is what they needed. White oak trees are the longest living trees in this area. In addition to shipbuilding, white oak is used for bridge timbers, office furniture, flooring, caskets.

A little more about the USS Constitution.

The USS Constitution, a frigate, was built about 1794 and launched in 1797, the third of six original frigates authorized in 1794. It was built with white oak, which is waterproof and rot resistant. The vessel was nicknamed Old Ironsides after its War of 1812 battle against the HMS Guerriere, when the enemy’s shots seemed to repel off its thick oak sides. 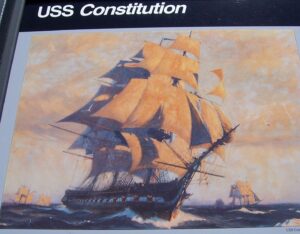 White oak trees were needed for the restoration and those suitable for ships and restoration are usually 110-120 years old and 40 inches in diameter. Maintaining a source of white oak for building and repairs of a fleet has been a concern since the vessels were built. Trees were often cut when they were found and transported to navy yards, where they were stored in sheds or in freshwater ponds for future repairs. The first naval live oak plantation for this purpose was acquired in 1828 in Pensacola, Florida. Some oak that was cut around 1860 and stored at the Pensacola Navy Yard were still viable for the 1927-1931 restoration.

Since that major restoration nearly 100 years ago, and because seasoned white oak is difficult to find, the Navy decided to grow its own white oak for the continuous restoration of the USS Constitution. In 1973 the Navy dedicated an area at the Naval Facilities Engineering Command in Crane, Indiana, where 150 mature white oaks are spread over the 64,000-acre base. There is a special area there, Constitution Grove, a small ceremonial area with oaks that are used to repair the USS Constitution. Thus, the Navy maintains an inventory of cut and standing white oaks for future repairs at Crane. Crane is the third largest naval base in the world and houses the largest contiguous forest under single ownership in Indiana. Crane is located 35 miles southwest of Bloomington.

The USS Constitution is the oldest commissioned warship still afloat. The ship has never had a cannonball pierce her sides. Planks, 30-40 feet long and 6 inches thick, with no defects are required for repairs.

We saw the USS Constitution/Old Ironsides when we were in Boston in 2009, when son Jeff ran the Boston Marathon. We did not get to take a tour of the ship but I did get some photographs: 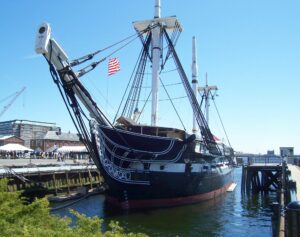 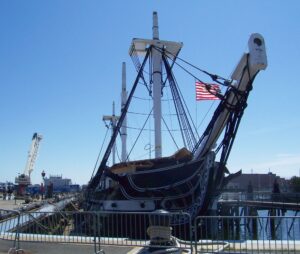 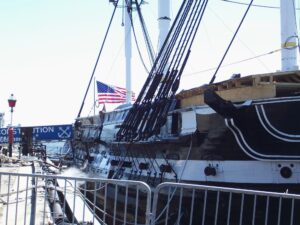 How interesting to learn about a Schumm connection to the historic USS Constitution.

USSConstitution and the Legacy of Live Oak 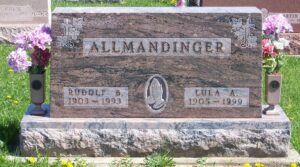 This is the tombstone of Rudolf B. and Lula A. (Scare) Allmandinger, located in row 4 of Zion Lutheran Cemetery, Schumm, Van Wert County, Ohio. The marker is inscribed:

Rudolf Benjamin Allmandinger was born in Mercer County, Ohio, on 13 January 1903, the son of Frederick (1869-1953) and Anna Kathrina (Kallenberger) (1875-1944) Allmandinger. Rudolf was baptized at Zion Lutheran Church, Chattanooga, Ohio, 25 January 1903, with his parents serving as sponsors.

Rudolf Allmandinger married Lula Scare 14 July 1929 at Zion Lutheran Church, Schumm. Church records indicate both were members of Zion Schumm’s parish. They were married by Rev. R.O. Bienert and Carl Scare and Matilda Allmandinger, siblings of the couple, were witnesses to their marriage.

Lula Anna Scare was born in Pleasant Township, Van Wert County, Ohio, on 15 December 1905, the daughter of Peter (1862-1946) and Hannah (Schinnerer) (1868-1958) Scare/Scaer. Her family’s surname was originally spelled Scaer but Lula’s father changed the spelling to Scare at some point. I have seen Lula’s maiden name spelled both ways, but most times spelled Scare, the spelling I will use for Lula in this post.

After their marriage in 1929 Rudolf and Lula Allmandinger set up housekeeping in Willshire Township, just north of Schumm. Lula’s parents had also moved to Willshire Township by this time and it appears the two families resided in the same household. Rudolf was a farmer. [4]

The Rudolf and Lula Allmandinger had two children by 1940, William, 9, and Emma, 6. The couple still lived with or very near Lula’s parents. [5]

In 1993 Rudolf and Lula’s address was 16883 Schumm Road, Willshire, likely the same home they had lived in since their marriage.

Be sure to thank a veteran today, on this Veterans Day 2022.

This federal holiday is observed to honor, thank, and remember our United States veterans. 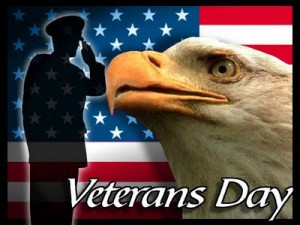 Veterans Day was originally called Armistice Day and was created to commemorate of the end of World War I. Fighting between the Allied Nations and Germany ceased on the 11th hour of the 11th day of the 11th month in 1918. That date is generally regarded as the end of “the war to end all wars.”

Veterans deserve our thanks and gratitude and so much more.

To all veterans, thank you for your service to our country.